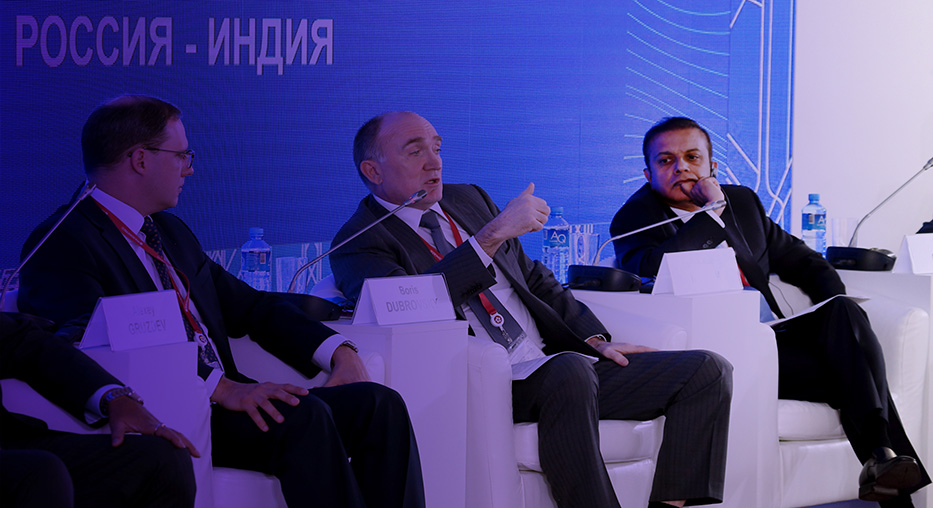 Our Chairman, Satish Reddy was invited by the Confederation of Indian Industry (CII) to lead the Indian delegation to the St. Petersburg International Economic Forum (SPIEF) 2018 that was recently held in St. Petersburg in Russia. The SPIEF is a unique global platform for discussion of key issues in the world economy, regional integration, development of new industrial and technological innovation and to help the businesses of Russia and other countries of the world integrate to foster trade.

SPIEF 2018 had over 17000 participants from 143 countries, witnessed over 550 agreements being inked and deals worth over $38 billion sealed during the event.

SPIEF has been held every year since 1997 (this was the 21st edition) and since 2006, it has been held under the auspices of the President of the Russian Federation, who has also attended each event. This year too, President Vladimir Putin attended this event, along with French President Emmanuel Macron, Japanese Prime Minister Shinzo Abe and Vice-President of China Wang Qishan and many other dignitaries.

Apart from being leader of the CEOs delegation, Satish Reddy also holds the office of Co-Chair of the India-Russia CEO Forum and played a significant role at the India Russia Business Roundtable. The panel for the Roundtable comprised of the Hon’ble Minister Suresh Prabhu, the Russian Minister for Economic Development Mr. Maxim Oreshkin, Indian Ambassador Pankaj Saran and other dignitaries. The discussion centred on India-Russia bilateral economic relationship. Satish Reddy opened the discussion and emphasized that if India and Russia must achieve their bilateral trade target of USD 30 billion by 2025, greater cooperation and more concrete steps will be required. His opening address called for Russian companies to work with Indian states for trade and investment and also highlighted the pharmaceutical industry in the light of the Make in India initiative. The Roundtable concluded with the commitment to promote greater cooperation and bolster trade between the two great countries. A follow-on meeting is scheduled to be held in India in October, wherein President Putin and Prime Minister Modi will meet to take the bilateral trade to a new high.